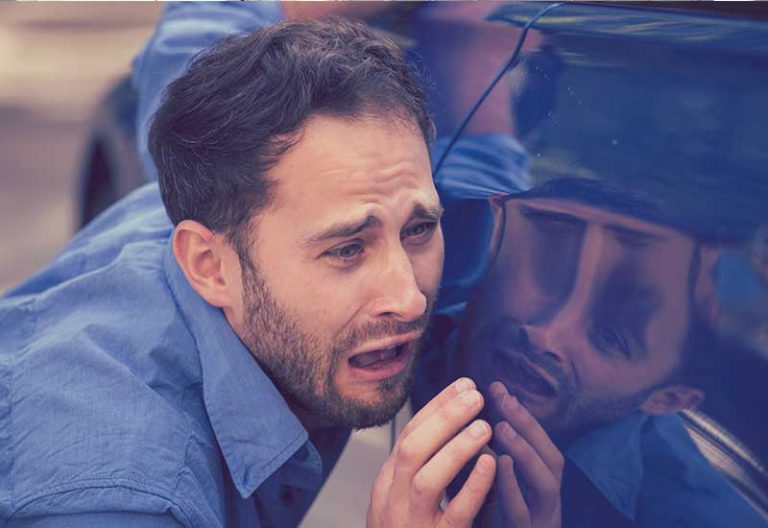 Got a dent? We can save you money

A car is not just another machine; it is a style statement, an attitude and a necessity. Whether you are driving a BMW, a Saab, a Skoda or an Aston Martin, a small dent on your cars bonnet will break your heart. A dent or a ding can just about happen anywhere. Your car can get a dent at the supermarket parking, or it can even be caused due to a hail storm.

Whatever the reason, you will have to take the car for dent repair. In such a scenario what options would you have? You can visit a dent repair body shop or come to us and we will repair the dent on the car using paintless dent removal (PDR) techniques. We at Dentmaster Wales Ltd., take pride in our work and even offer mobile dent repair in and around South Wales, Cardiff, Swansea and Newport. All you need to do is give us a call and our dedicated and skilled mobile dent repair team will take care of the dent. A ding or a dent is not a pretty site and more than that you can’t keep going back and forth to a body shop and pay every time there is a dent on your car. This way you will end up paying more money just on dent repair, which is not an economically viable option. Hence, we are here to offer you the ultimate dent repair solution!

The cost economical technique for treating car dents or dings is called paintless dent removal or PDR. We can do a PDR within a few hours and we can provide this service to you anywhere in and around South Wales, Cardiff, Swansea and Newport. Now you don’t have to drive your car to a dent repair Cardiff or dent repair Wales body shop because we can even bring our services right to your doorstep. Our mobile dent repair team will work at your convenience and you will be able to save money on the dent repair as well as on travel. PDR techniques guarantee that your car will retain 15% of its resale value.

Dents and dings are fairly common and you can get it almost anywhere. A dent is always visible to the naked eye but to notice a ding, you will have to look really close. Although dings are smaller than dents, they also require similar attention. PDR or paintless dent removal is not just the best way but is also a cost saving method of ding and dent repair. The PDR technique is non-intrusive and we use specialized tools to slip behind the damaged panels and gently massage the damage metal or area so that it can regain its original form.

You can visit our website at http://www.dentmasterwales.com to know more about how you can save money on dent repairs by using our services. As our Managing Director, Steve Magill says, “We will massage your car back to shape in no time at all and all you will have to pay is an unbelievably small amount compared to a traditional bodyshop”