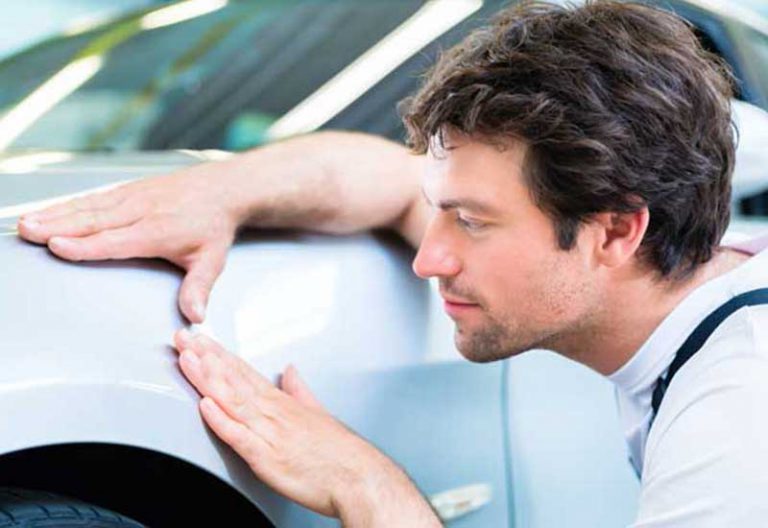 Owning a new car makes us all cautious when using it. We don’t even want it to get a tiny scratch. When out on the road

When we buy a new car, we are careful not to make damages to it. The usual damages can be found on the car door. These damages can be dents on the door due to accidents. Forces of nature such as hail can also cause dents on our vehicle roof. Therefore, traditional car dent repairs are done to fix these damages. This has been the common practice for the past years but now, we already have the paintless dent repairs (PDR). The PDR is cheaper than any other methods of car dent repair. It also does not damage the paint of the car so it is one good alternative to fix car dents.

The reason why the paintless dent repairs (PDR) is much cheaper because it doesn’t involve beating out the dents or removing the dented part to be replaced by a new one. A common car dent repair such as PDR will only cost a fraction of the traditional car dent repair. PDR needs a skilled, experienced and patient technician to do the repair procedure. It also needs the right tools for repairing the dent damage. The PDR is a fast job and is easily completed because there is no painting involved or replacing dented areas. It is commonly done as mobile business (professional technician comes to the customer for the repair) because it is an easy and quick job to complete.

The repair is done by repair technician. They just push the metal bask to its original position or shape. This is usually done section by section to ensure that there will be no flaws. The number of hours it will take for the repair is dependent on the size of the dent damage. The larger the dent, the more hours is spent on the repair. There are special tools that are used in the repair. The tools should be flat, long and rigid in order to prevent bending of the tool as pressure is applied. These tools are also slid into the gaps behind the panel and pressure is applied to move the metal. It is done slowly and carefully to restore the metal to its original shape. This will make the area look as if there has been no dent on it at all.

Car dent repair companies provide mobile services where the specialist comes to customers. Their secret for a great job repair is by having enough room to work so that they can concentrate on the repair.

We can now find many tools for paintless dent repair in the market but it is not advisable that we do it ourselves especially that we are untrained. We can only cause further problems like cracking the paint or damaging the metal further. This will then cause much more expenses and sometimes, the damage can no longer be repaired if it is too big and complex. It is therefore best to leave the job to the experts in car dent repair.

or highway driving our new car, we take caution in driving to protect our car from having any damage. We try hard not to bump into other vehicles and risk damage. We also park our new car carefully to avoid any accidental bumping to other cars parked. Yet accidents can happen no matter how much we avoid it. There are still reckless drivers around us who doesn’t care much if they meet an accident or damage properties. These drivers are all negligent and they can cause potential damage to our vehicles such as a minor scratch or a huge dent. Dents are not good to see especially on a new vehicle. Good thing there are dentmaster repair around that helps in doing the job.

If our new vehicle unfortunately meet an accident and acquire damages such as dents, it can be very frustrating on our part. But we can take comfort on the fact that there are many available dentmaster repair near us that can do a good job in fixing the major damages of our new vehicle such as huge dents. Dent master repair centers are dedicated in working out the dent damages of our new vehicle so that it will be restored to its original state. The technicians in this repair centers are trained well to fix the dents in our vehicle making it look as if it was never dented at all. They also ensure that customer satisfaction on their job is achieved. We can find the best dentamaster repair centers covering areas in and around South Wales, Bridgend, Swansea, Cardiff and Newport. They provide the best and quality service in repairing dents.

The dentmaster repair company has a professional technician that will quote the extent of the dent damage and provide thorough details on what can be done with it. For minor dents, they may recommend the Paintless Dent Repair (PDR). This car dent repair involves massaging the dent of the new vehicle carefully and making it look new again. The metal is usually stretched out and smoothened without peeling or scratching the paint so that no repainting job will be done and dents are easily repaired.

When the dent damage is huge, it can no longer be repaired using the PDR. The only way to fix it is to remove the entire part and replace it with a new one. It will be removed by pulling and pounding the part and later on, wielding of the new replacement part is being done. After the replacement part has been attached, primer is added on the area to enhance further painting.

We can also do the repairing ourselves at home. This is the do-it-yourself (DIY) car dent removal. This can be done at home if we do not want to got through the PDR. However, professional technicians do not recommend this because this can end up making the problem bigger especially that we are amateurs and we do not have the special tools that are used in dent repairs. It is better that we let the dentmaster repair do their job.

PrevPreviousHow Can You Remove A Dent From A Motorcycle Tank?
NextDent Repair For Lease Car ServicesNext