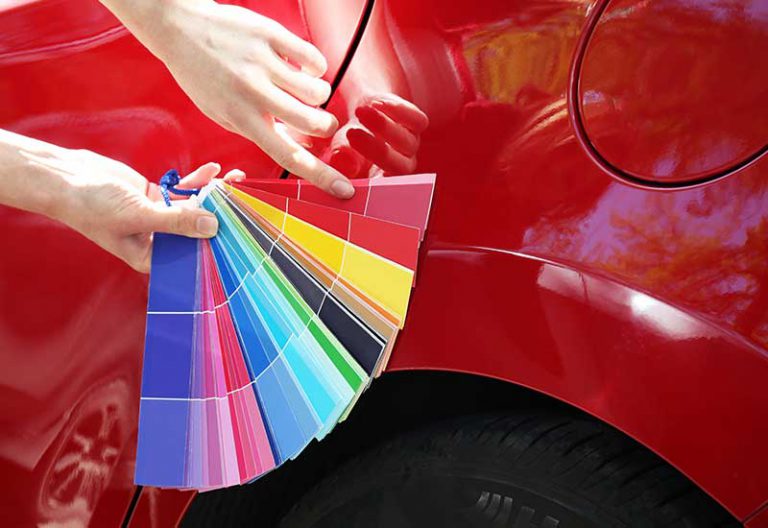 Does your new car have a dent in the door? Has hail damaged the Roof or Bonnet ? If so, dent repair is probably your best option. In the past few years, paintless dent repair has offered an alternative to the traditional dent fix. Paintless dent repair doesn’t damage the paint on your vehicle and it is much cheaper than the usual methods of dent removal.

The secret behind dent repair is that there is not “beating out” of the dents, nor removing parts of your car. This is one of the reasons it’s much cheaper than some of the older methods for dent repair. A normal dent repair will cost only a fraction of a traditional repair that is completed within a repair shop.

Paintless dent repair is a very skilled procedure. In order to achieve the best results, the process requires experience, patience, and the right tools. Since there is no painting involved, the job is completed much faster and can be done as a mobile business. This means the dent repair professional can come to the customer.

The process requires the repair specialist to gradually push the metal back to where it’s supposed to be. This is done a small section at a time and depending upon the size of the dent, may require a few hours to complete. There are several tools that are needed to complete the job properly.

The tools are long, flat, and very rigid in order to allow the correct amount of pressure to be applied, without the tool bending. These tools are slid into the gap found behind the panel. Pressure is applied to the dent from behind, but it’s done slowly to move the metal back into its original shape, a little bit at a time. If done correctly, there should be no damage to the paint on the other side of the panel.

Many companies are providing mobile services for dent repair. The secret to a great dent removal job is to provide the specialist with enough room to work. This will help the repair specialist to provide the amount of pressure needed to correctly push the metal back into place.

You’ll now find many paintless dent repair tools are sold to the public. However, without the proper training, you can easily cause a ripple in the metal or the paint to crack or chip. This will require a much more expensive repair bill and even a repair shop may not be able to completely remove the dent. It’s best to leave it to the professionals.

Paintless dent removal is recommended as an alternative to the more conventional methods. However, you need to be certain you have a trained, qualified professional to achieve the best results. There are many companies that do not provide enough training to their employees and the results can be rather costly.

For those people that have two or three dents, it’s often much easier on the wallet to have them all fixed at once. Understand that not all dents may be removed by paintless dent repair. The location of the dent is the determining factor as well as the skill of the technician. Paintless dent removal can work on some creases, but it depends on how deep it is, as well as how long it is. Consult with a professional dent removal specialist to find out how they can help you.