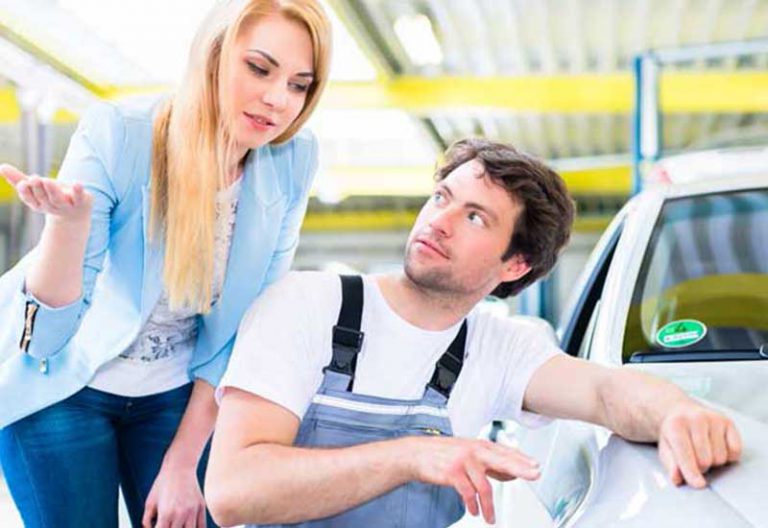 Why do insurance companies ask you to get your car fixed at a garage of their choice?
When somebody dented the passenger door of Gemma John’s shiny black Escort, she claimed on her Tesco car insurance which she had with Tesco Personal Finance. The Escort went for repair at one of Tesco’s “approved” garages: the Nationwide Crash Repair Centre in Bridgend.

It was supposed to be ready in 8 days but the car’s now been in and out of the garage for four months and Gemma, from Ynysybwl, has been very unhappy with the standard of the work.
Gemma says: “I wasn’t happy at all. I’ve taken 6 days off work and have had to travel over 400 miles back and forth from Bridgend. I’ve made over 70 phone alls now between myself and the insurance – and to the garage as well – and things are still not quite there. I feel like I’m banging my head on a brick wall.”

Unhappy with the repairs, Gemma wanted to get the work redone by a local Ford specialist but she says Tesco advised her to stick with their approved garage. X-Ray contacted the Association of British Insurers to ask why insurance companies advise you to get your car repaired at a garage of their choice.

Malcolm Tarling from the Association of British Insurers explained: “The reason they do that is really to make life easier for you and to save you having to go round getting 3 or 4 estimates from different garages. And it’s helpful for insurers as well, because insurers know that they’re not going to be over-charged. This helps keep premiums as low as possible for all motorists. The reason that the insurance company suggested you go to [an approved] garage in the first place is that the garage would carry out a decent repair as quickly and as effective as possible – if that’s not happened, complain to the insurance company – you’ve every right to.”

Well Gemma says she’s complained in writing to Tesco on numerous occasions but says her letters have gone unacknowledged.

X-Ray contacted Tesco. They admitted that Gemma had clearly been let down and deeply regret what’s happened. They say it’ll be raised at the highest level. They’re going to investigate what went wrong at the garage, and will take remedial action if necessary. They said that Gemma could get her car repaired at a garage of her choice and that they would refund her £250 excess PLUS all of her costs and give her compensation. Nationwide Crash Repair Centres Ltd also apologised to Gemma.

NOTE: the Association of British Insurers say that you don’t have to take your car to an insurance company’s ‘approved’ garage – but you should always check with the insurers before taking it elsewhwere.