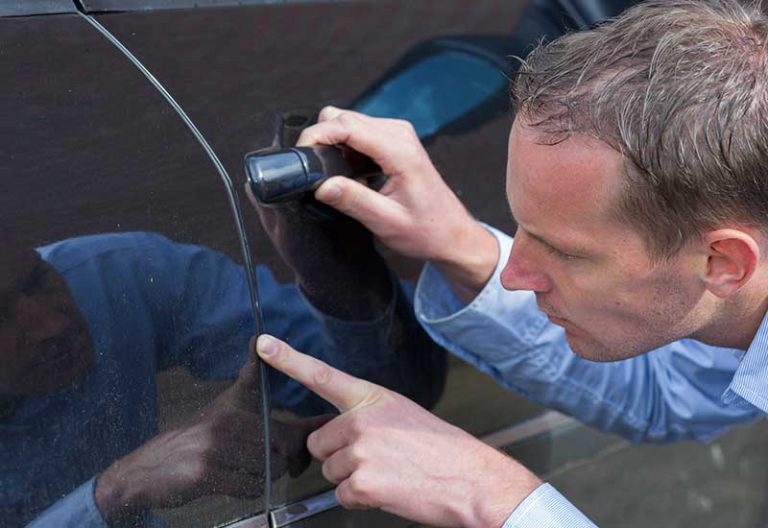 Car Dents are not my cup of tea by any means.  In fact, I was one hundred percent stressed out of the most recent dent in my car.  For one thing, dents—no matter how small, can make a car look trashy and for another—it is not like I am rolling in money.  Getting dents fixed can be expensive and I wasn’t sure that I could afford to have mine done, but I didn’t want to drive around in a dented car either.  Dents have a way of multiplying.

I was looking around for a dent repair shop and calling to get prices when I found Dent Masters.  Looking through the website I was impressed by two things:  1) that their dent removal technique was explained so thoroughly on the site and 2) that they agreed to have one of their technicians come to my house and repair the dent for me.  Who doesn’t love a business that comes to you instead of forcing you to go to them?

Do I even need to say that I hired them?/p>

Here is how the dent removal process works. Dent Masters uses a process called Paintless Dent Removal, or PDR. It is a process by which the dents are “un dented” without using tools that create the need for touch ups or refinishing. The technicians at Dent Master use hand tools to work at the dent until the dent is completely gone (and not likely to come back).

Paintless dent removal used to be limited to only small dents but now it can be used to work with larger dents as well including dents that would normally involve some major body work to repair. The technicians can even repair damage that has been done by hail.

The Dent Master technician that came to my house was very nice and talked me the entire way through the process and when he was done with his work (which did not take nearly as long as I thought it would) my car looked like it had never been dented at all! I had feared that there might be some residual damage—a couple of small scratches in the paint from the tools for example, but there was none!

After reading up a little on Dent Masters I saw that their business has existed for more than thirty years and I can’t say that I am surprised. Once you see how this process works, you won’t ever want to take your car into a body shop again. Instead you’ll make Dent Masters your first call.

There is no such thing as a good dent. Dents take away from the value of your car, both monetarily and aesthetically. When you see a dented car, even if the dent is very small, doesn’t a twinge of pity go through your heart for the car’s owner? I know that I always feel sorry for the person whose car is dented. If more people knew about Dent Masters there would probably be fewer dented cars in our area.